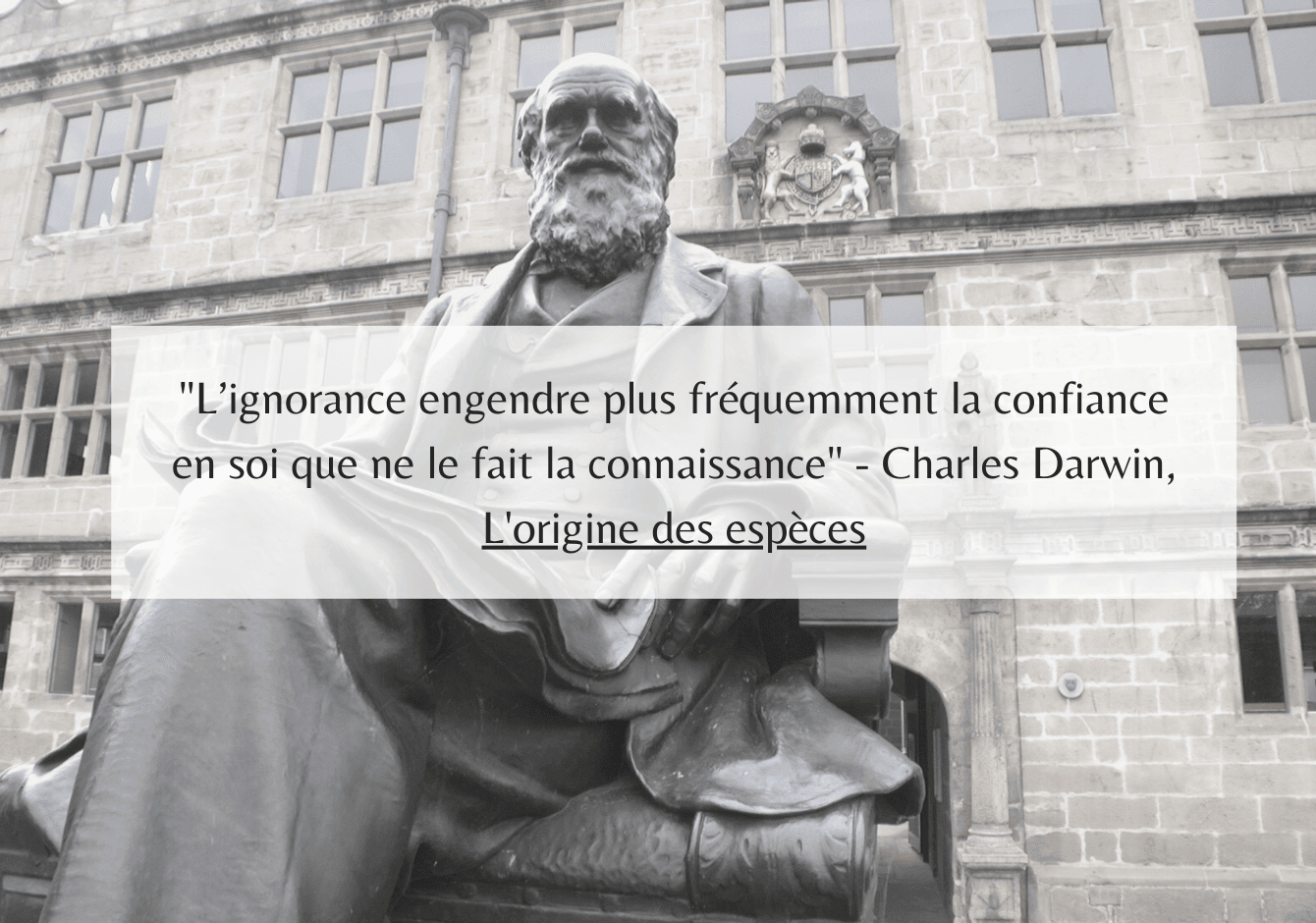 In my last article I mentioned these statistics from Taleb's book on Black Swans: 94% of Swedes rate themselves as being in the top 50% of drivers. 84% of French people believe that their sexual performance places them in the top half of lovers in France.

Confidence in oneself and one's abilities is a glorified and sought-after quality in our society. In particular, it is associated with a high level of competence and social status.

Social psychologists David Dunning and Justin Kruger have shown in a famous study that the link between confidence and competence is not so obvious. In this article, I summarise their findings and the additions made by other researchers.

The Dunning-Kruger effect or overconfidence bias

In 1995, the American McArthur Weeler attacked two banks with his face uncovered after spraying his whole body with lemon juice. To his astonishment, he was arrested. He was convinced that, like invisible ink, lemon juice would make him undetectable to the naked eye.

It was while studying his case that Dunning and Kruger became interested in the relationship between confidence and competence. In 1999, in an experiment, they asked students to estimate their level in several disciplines (logic, grammar, etc.). They then tested them to assess their actual level.

Diagram depicting the learning process based on the XY scatter plot of the 1999 study data. Source: Arjuna Filips, CC

Dunning and Kruger's conclusions are still being debated in the scientific community and are summarised in this article. Nevertheless, they point to a human trait already noted by Charles Darwin in his seminal work "On the Origin of Species": "ignorance more frequently breeds self-confidence than does knowledge".

Lessons to be learned for businesses

In the professional world, the overconfidence bias can lead to bizarre situations where incompetent but very assertive people are promoted at the expense of more humble real experts. These promotions create a strong sense of injustice among employees. This is a real challenge for HR teams who must be attentive to this risk.

Another pitfall is that the work of extremely confident people is less likely to be challenged. Their peers tend to accept them without challenging them or questioning them. We even observe self-censorship phenomena where an employee does not dare to come forward because an error seems inconceivable to him or her in view of the extremely high level of confidence of the person he or she is talking to.

In a previous job, one of my managers, a graduate of the Polytechnic University, was always absolutely sure of himself and his abilities. So much so that one day he presented me with a grossly incorrect mathematical calculation, but I didn't dare tell him, convinced that I must have missed something.

The overconfidence bias thus poses a double risk for companies: that of disengaging their workforce and that of censoring a confrontation of ideas that is essential to the quality of the work.